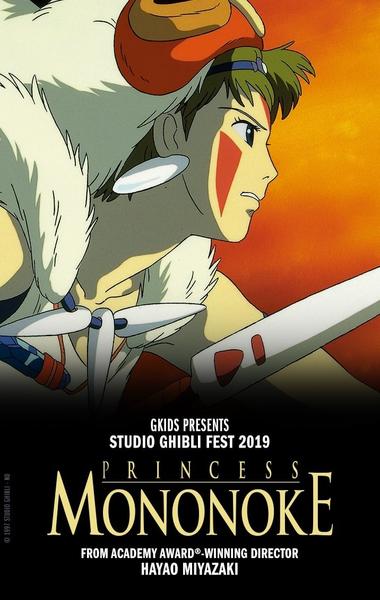 A beautifully realized tale of civilization versus nature, PRINCESS MONONOKE is a true epic by Japan’s master animator Hayao Miyazaki. While protecting his village from a rampaging boar-god, the young warrior Ashitaka becomes afflicted with a deadly curse. To find the cure that will save his life, he journeys deep into sacred depths of the Great Forest Spirit’s realm where he meets San (Princess Mononoke), a girl raised by wolves. It’s not long before Ashitaka is caught in the middle of a battle between iron-ore prospecting humans and the forest dwellers. He must summon the spirit-powers and all his courage to stop man and nature from destroying each other. One of Miyazaki’s most dark and mature films, and certainly violent, PRINCESS MONONOKE is a fantasy epic with a dire environmental message. The end result is almost Kurosawa-esque in story and structure. Whilst initial box-office was poor in the West, eventually became Studio Ghibli’s breakthrough film off the back of home video sales.